This sleep disorder is serious, especially for older adults. It’s time to wake up to the facts. 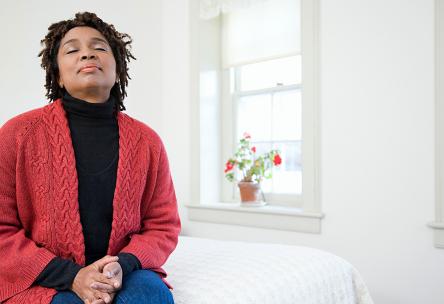 Most signs of a bad night’s sleep are obvious. Tossing and turning. Getting up to use the bathroom more than once. Night sweats. Insomnia.

Sleep apnea is a medical condition that’s marked by brief interruptions to your breathing while you sleep, explains the National Institute on Aging (NIA). Those pauses often aren’t enough to fully wake you, but they cause blood oxygen levels to drop, which strains the cardiovascular system. That’s why people with sleep apnea are prone to high blood pressure and heart problems. They’re also more likely to develop type 2 diabetes, states the NIA.

For older adults, sleep apnea may lead to a greater risk of stroke and dementia, says Ann Romaker, M.D., director of the Sleep Medicine Center at the University of Cincinnati Medical Center.

That’s especially worrisome when you consider that about one in four people over the age of 60 experiences sleep apnea, according to the UCLA Sleep Disorders Center. And that’s a conservative percentage. Many sleep researchers say that the number is likely much higher because people often don’t see the signs.

There are a few different forms of sleep apnea, but the most common one — obstructive sleep apnea (OSA) — happens when the muscles in the back of the throat relax while you’re sleeping.

This causes tissues to close, blocking air from flowing normally as you breathe. Another type, central sleep apnea, is the result of your brain not properly signaling the muscles that control breathing while you snooze. 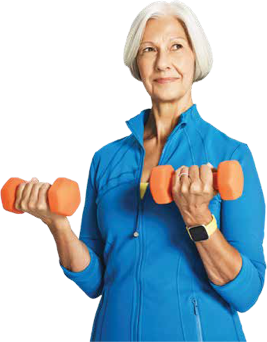 Explore Renew today for simple steps to help support a healthier you.

When OSA temporarily halts your breathing, you may gasp or choke for breath in your sleep. For some OSA sufferers, this can amount to dozens of micro-episodes of interrupted breathing per hour.

How can someone not know that they’re literally gasping for air? Simply put, it doesn’t always wake you up, says Dr. Romaker. Unless you have a partner who can vouch for the telltale signs — loud snores, sharply delineated breaths — you probably won’t know it’s happening, she says.

That’s why it’s important to know the facts about OSA.

OSA affects people of all ages, though it’s more prevalent in those over age 65, says Dr. Romaker. Researchers at the University of Michigan found that more than half of Americans age 65 and up are at a high risk of OSA, but only a small fraction — about 8% — have been tested for it, leaving many without treatment.

Certain factors increase your risk of OSA, says Dr. Romaker. These include the following, according to both the Cleveland Clinic and the National Sleep Foundation:

To make things more confusing, you can have different OSA symptoms when you’re older. The typical red flags include significant snoring; excessive daytime sleepiness that goes beyond the usual late-day drowsiness; and waking feeling far from refreshed, often with a headache, dry mouth or sore throat.

But for older adults, OSA might not even involve loud snoring, the most classic sign, says Dr. Romaker. “Instead, older adults may experience increasing mood and memory issues.”

A 2017 report in JAMA Neurology showed that older adults with sleep apnea had 26% higher odds of developing cognitive impairment than those who didn’t have breathing troubles during sleep. The researchers noted that sleep apnea had a greater impact on the executive functions of the brain — planning, focusing, following instructions — than it did on memory recall.

What’s the connection between brain function and OSA? Well, OSA causes a dip in oxygen flowing to the brain. So one theory is that, over time, this oxygen decrease may bring about brain changes that can lead to cognitive impairment.

If you’ve been noticing any of the following issues, Dr. Romaker suggests you see your doctor to check whether you might have sleep apnea:

To diagnose OSA, patients usually have to participate in an overnight study in a sleep lab. During the test (called polysomnography), your lung and cardiac activity, breathing and movement are monitored as you sleep.

New home-based diagnostic tools that involve smartphone apps and other technology are also available. In 2019, the Food and Drug Administration cleared an in-home, prescription apnea screening device that tracks symptoms and breathing patterns.

Many sleep doctors, however, don’t trust the accuracy of these tools. But they may be useful for measuring your sleep patterns. Ask your doctor if you’re a good candidate for an at-home sleep apnea screening.

The goal of sleep apnea treatment is, of course, to keep air flowing optimally. Most people are treated with a CPAP (continuous positive airway pressure) machine. While you sleep, the wearable device delivers air directly into your mouth and nose at a pressure just high enough to keep your airway open.

They take a little getting used to and can be cumbersome for some users, but, says Dr. Romaker, “CPAP provides the best outcomes for OSA treatment.”

Another option is hypoglossal nerve stimulation (HGNS), a relatively new treatment that research shows can be effective. HGNS is also known as upper airway stimulation, or a pacemaker for the tongue.

The treatment involves an implanted device that stimulates the hypoglossal nerve, which stiffens key tongue muscles that may otherwise relax and block the airway. You turn the device on when you sleep and off when you wake up.

But it’s not just what you do at night that makes an impact. Daytime lifestyle changes can also be useful, adds Dr. Romaker. Top of the list: Quit smoking, limit alcohol and watch your weight.

Finally, you may want to get a bit more active during the day. A 2020 study in the Journal of Clinical Sleep Medicine found that a boost in physical exercise — even just a brisk, 20-minute walk each day — is associated with a lower risk of OSA.

Help Improve Your Sleep
For many people, getting enough sleep is easier said than done. That’s where Renew’s How to Improve Your Sleep online learning course comes in. Follow along as Dr. Sara Mednick shares strategies for getting more — and better — sleep. UnitedHealthcare® Medicare Advantage members can learn more here. Not a member? Learn more here.

The importance of shut-eye is right up there with good nutrition and exercise. Follow these steps to bump sleep higher up on your priority list. 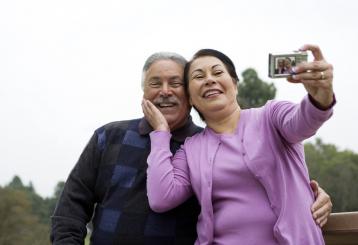 Use these tips and tools to help stay on top of your care.
Get a FREE checkup at home with HouseCalls