You are what you eat. That goes for your mind, as well as your body. 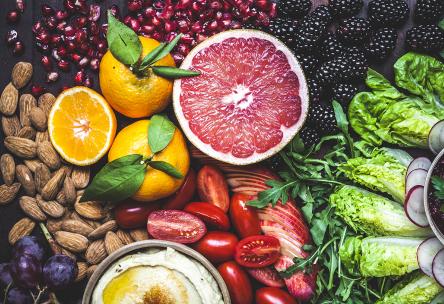 Want to keep your thinking sharp and your memory strong? Hoping to help avoid dementia in the years ahead? Want to ward off a bout of depression? There really is such a thing as brain food.

Just as eating well keeps your body in good shape and helps you avoid or control chronic disease, a growing body of research reveals that the foods you eat play a role in the health of your brain, according to the National Institutes of Health (NIH).

The right nutrients can help slow cognitive impairment, according to a large review of studies published in the Annals of Neurology. Cognitive impairment is a condition that affects memory, learning new things, concentrating on tasks or making decisions that affect everyday life.

Good nutrition can protect your mind, according to a recent study in the journal Alzheimer’s & Dementia. The study showed that the MIND diet (“Mediterranean-DASH Diet Intervention for Neurodegeneration Delay”) is one of the best ways to boost your brainpower. Participants on the MIND diet slowed age-related cognitive decline by a whopping 7.5 years.

The MIND diet is a combination of the heart-healthy Mediterranean diet and the DASH diet. DASH stands for Dietary Approaches to Stop Hypertension.

Both plans limit meat in favor of fish, focus on lots of fresh fruits and vegetables, and encourage plenty of healthy fats, like olive oil and avocados.

The difference: The MIND diet includes specific foods that scientists know are healthy for your brain. That means eating lots of berries instead of other fruits, and loading up on green leafy vegetables like spinach and kale.

While the healthy foods in the MIND diet can boost mental health, poor food choices can have the opposite effect. In 2015, researchers in Australia examined how eating fewer nutrient-dense foods and following a more unhealthy “Western diet” — foods that are higher in saturated fats, like margarine, and refined carbohydrates, like cookies — might affect the brain.

The study results? Eating more junk food was associated with a smaller hippocampus. That’s important because the hippocampus is an area of the brain that helps process memories and emotions. It’s also one of the first parts of the brain affected by Alzheimer’s disease.

All the more reason to give the MIND diet a try. Here’s what it can do for you.

Researchers at Rush University in Chicago found that the MIND diet can significantly lower your risk of developing Alzheimer’s disease, a severe form of dementia.

In the Alzheimer’s & Dementia study, older adults who followed the diet faithfully saw their risk decrease by 53%. And even those who followed it only moderately well still saw their chances of getting Alzheimer’s significantly lowered. 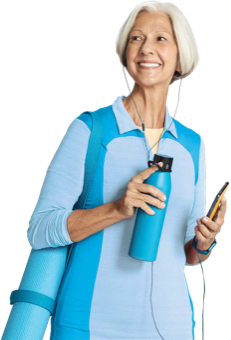 For a wide variety of healthy, simple, great-tasting recipes, sign in or register to your plan website and go to Health & Wellness.

The MIND diet has been shown to improve cognitive abilities, especially memory and attention skills. For example, in a 2017 nationwide study of older adults, those following the MIND diet had a 35% lower risk of scoring poorly on cognitive tests compared with others. The diet also lowered their risk of cognitive decline in the years ahead. The findings were reported in the Journal of the American Geriatrics Society.

Seven million adults age 65 and older experience some form of depression each year, according to the Centers for Disease Control and Prevention (CDC). Anxiety is also common among older adults, notes the CDC. But the right foods can help to improve mood.

A report in the American Journal of Clinical Nutrition found that while no single nutrient has consistently been shown to reduce depression, an overall diet that’s full of fresh fruits, vegetables, fish and whole grains — like the MIND diet — may be associated with a lower depression risk.

If you want to stay mentally sharp and keep your body strong, the MIND diet may be just the ticket. You don’t even have to follow the diet exactly. In a 2019 study from the UK’s University of Manchester involving nearly 46,000 participants, researchers concluded that making a few simple changes — like adding more vegetables and cutting back on sweets — went a long way toward improvements in mental and physical health.

Combine those changes with regular exercise? The results could be even better.

The MIND diet is made up of the following 10 brain-healthy foods to enjoy — and five foods to avoid, according to the NIH:

Once your fridge and pantry are stocked up, the MIND diet is as easy as 1-2-3. 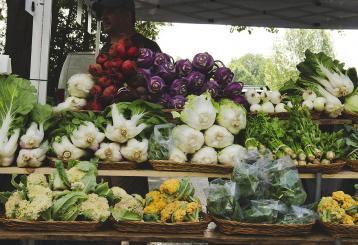 Add these to your grocery list to help you live stronger and maybe even longer. 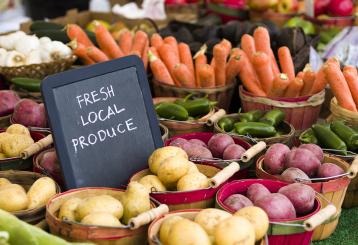 Pack your plate with nutrients and flavor without emptying your wallet.
Have your next checkup at home