Mend Any Relationship in 7 Simple Steps

Navigating conflicts and mending ties isn’t just good for your social life — it can help your health, too. 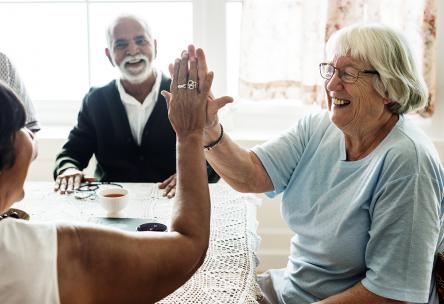 Most of us know what it’s like to have friendships fracture. Or maybe there’s a disagreement with a family member that’s been left at a low, tolerable simmer for years.

Is now the time to try to make things right with a special person in your life? That’s definitely a personal choice, but one thing to consider: Mending ties might be the best option not just for your relationship, but also for your overall health.

Getting past a conflict and finding forgiveness may lead to lower levels of depression. That’s according to researchers at the Initiative on Health, Religion and Spirituality at the Harvard T.H. Chan School of Public Health. It can also help make you feel happier and more satisfied with your life.

Dwelling on conflicts or carrying a lot of anger with you sparks a number of harmful reactions in the body. It can cause a surge of the stress hormone cortisol, which raises blood pressure and your heart rate. These reactions can also suppress your immune system, explains the National Institute for the Clinical Application of Behavioral Medicine (NICABM).

What’s more, elevated levels of cortisol prompt a slowdown of the release of your body’s happy hormone, serotonin. That decrease can make you feel anger and pain more easily, and may lead to depression, notes the NICABM.

The good news: It’s never too late to try to make things right with a loved one, says clinical psychologist Susan Heitler, Ph.D. Whether the falling out you’d like to get past was decades ago or just yesterday, here’s a quick course in rebuilding your relationships.

Many people are afraid of conflict and sweep all kinds of things under the rug. But pretending everything is fine doesn’t make hurt feelings go away, says Heitler. It makes them worse.

Bringing an issue to light is the first step toward resolution. When you bring it up, remember to use a positive tone. Irritation, criticism and blame won’t bring you closer to what you really want: a solution.

If you’ve ever had words with a partner over any aspect of operating your dishwasher, you know that often what seems to be the problem is just the top layer.

The real problem is far beneath the surface. What appears to be about some household chore, says Heitler, is actually about fears or hurt feelings from the past.

Taking time to understand the true nature of the conflict is a key step in moving forward together. She recommends using “I” statements like “I feel” or “I think” rather than “you” statements like “you always” or “you never.”

This small switch can help keep the conversation on the right track.

Even when you are convinced it’s all the other person’s fault, you can usually find your part in the dispute — if you look. Acknowledging your responsibility with sincerity and asking for forgiveness first can disarm the other person and lead to empathy that flows both ways.

Researchers at Ohio State University have identified six components to an effective apology. Following this script can go a long way, no matter which side of an argument you’re on: Take your health up a notch

Explore brain games, recipes, fitness activities and more with Renew. Sign in or register to your plan website and go to Health & Wellness to get started.

Picture everyone on the same team instead of competing against each other. Tell the other person what you would be willing to compromise on. This makes coming to a peaceful solution possible, says Heitler.

One way to think about conflict resolution is shared problem-solving. The word “shared” is important because it’s not just one person coming forward trying to make amends or to resolve a conflict. It’s two (or more) people cooperating and working together.

Though it comes more naturally to some people than others, forgiveness is a decision — and a healthy one at that.

Those who forgive have lower levels of stress and therefore better overall physical health, according to a 2016 study conducted by UC Berkeley and Northwestern University. Researchers there found outbursts of anger predicted heart problems later in life.

And holding a grudge may be just as bad for your health as it is for your relationship. In fact, forgiveness is linked to improved mental and physical well-being, according to Johns Hopkins Medicine.

But remember that forgiveness is about more than offering a few words and moving on. The American Psychological Association says that in order to forgive — and gain the health benefits from doing so — you need to gain empathy and compassion for the person who wronged you.

Reflecting on what happened and writing it down in a journal can help you process your feelings. When you are retelling yourself the story, make an effort to see it from the other person’s side. This can help you unlock your empathy. Then truly forgive them.

When you’ve made an effort to understand why the other person feels the way they do (even if you don’t agree with them), it makes it easier to let go of expectations about what they “should” do or say.

Just as you’re entitled to your feelings and decisions about how to act, so are they.

Like every other step on this list, forgiving yourself takes practice, but it can help make you happier and healthier in the long run.

Take the Renew You Challenge 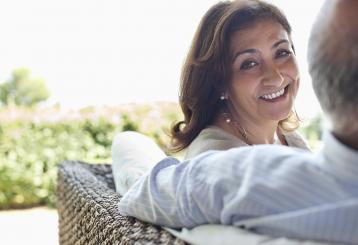 It’s Day 2 of the Feel Happier & Healthier in 7 Days challenge. Today, we’re finding the bright side with an exercise that helps you break free of a common mental trap.
Get a FREE checkup at home with HouseCalls

4 Surprising Health Benefits of Strength Training
7 Great Moves to Help Sore Hips
COVID-19: How Older Adults Can Cope with Our New Normal
4 Exercises to Help Improve Your Balance
Take the Renew You Challenge